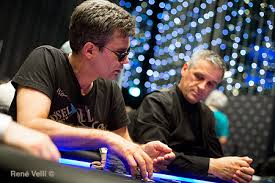 Valerie Cola, a poker player from Moldovan, ranked fifth in the WSOP $10,000 Heads Up Championship in June this year. However, other poker competitors in the tournament accused the seasoned poker player of cheating and hence his prize money was withheld pending investigations. Poker News reported that according to the WSOP, the body that organizes the poker tournaments, the cheating case against Coca has been dealt with to its logical conclusion. The poker organizers say they worked closely with the Nevada Gaming Control Board on the case. As such, Valeriu Coca is still the official holder of Position 5 in the 10th event of the tournament. The poker tournament winner, Keith Lehr, is the player who beat Cola in the 8th match.

Valeriu Coca denied all through that he had cheated in the poker tournament. He told Marty of PokerNews that he considered the poker players he competed against to be very good. As such, he could understand their disbelief when he ultimately beat them. And he insisted there was no truth to the cheating allegations and that what his accusers were saying was sheer fantasy. He, however, decried the behavior of fellow contestants who posted their cheating allegations of social forums. He said it did not reflect gentlemanly behavior on the part of the players who cried foul after defeat.

PokerNews was able to speak with Cola at the game tables in the Pavilion Room within the Rio Convention Center after several earlier attempts to interview him. Poker is a very competitive game, and whether the tournament is held within familiar casinos or within websites that host online poker, there is always a lot at stake in terms of money and fame.

Players Who Had Competed Against Valeriu Coca

Many of the complaints against Cola came from fellow competitors particularly Connor Drinan who clearly expressed his dissatisfaction with Coca’s play on the forums of TwoPlusTwo. Other players who competed against Valeriu Coca include Matt Marafioti; Pratyush Buddiga; Aaron Mermelstein; Byron Kaverman; and, of course, the poker tournament champion, Keith Lehr.

According to Drinan, there was something strange going as he and Coca played. As he put it, at times Coca took strange lines and kept on asking to see his chips. He said that other players were of the same viewpoint as far as Cola’s play in the poker competition was concerned. The officials who assured the players that full investigations would take place included Jack Effel, the Director of the WSOP tournament; Seth Palansky, Vice President of Corporate Communications; as well as Ty Stewart, the Executive Director of WSOP. However, during the preliminary stages where the cards used in the poker tournament were tested, the investigators did not find any markings on the card. There also was no indication of a foreign solution having been used.

Sadly for Coca, it is not just fellow competitors in this year’s poker tournament who questioned his integrity. Martin Kuchařík, who is a poker writer from the Czech Republic, and Tony Felfel, who is a former manager at Ambassador Casino, alleged that Coca has a history of marking poker cards and that he is considered a cheat within the Prague poker fraternity. They claimed in an interview with PokerNews that Coca had even been barred from playing poker in Prague’s major casinos.

In response to those allegations, Coca admitted he had been in problems in a Prague casino, but said even there the betting game he was barred from playing was roulette and not poker. As at now, Cola has been vindicated and WSOP considers the matter closed.