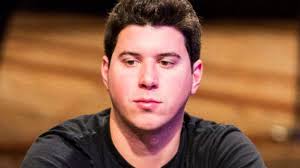 Josh Beckley is only 24yrs old and played alongside poker veterans in the just completed WSOP finals in Las Vegas. The two poker veterans who reached November Nine were Belgian Pierre Neuville who ranked 7th overall and bagged $1,203,293 in prize money, and American Neil Blumenfield whose prize money was $3,398,298 for coming 3rd overall. Beckley was, however, not the only young player to grace the final table. The winner, Joe McKeehen is his age mate.

Beckley is rather quiet in nature but his prowess as a poker player, definitely, speaks volumes. He came into November Nine with a stack of 11.8 million chips whereas the lead, Joe McKeehen, had a stack of 63.1 million. Still, other competitors beat him in the chips count with Zvi Stern coming in with 29.8 million chips and Neil Blumenfield entering with 22 million chips. Suffice it to say, Beckley beat only two other WSOP finalists in chips count as he began the November Nine competition.

Clearly, in gambling, whether in online poker or conventional casino games, nothing is certain until it happens. At the end of the WSOP series, only McKeehen ended up beating Beckley. And $98,348, which has been Beckley’s big win so far, dwarfs in the face of the prize money he won this year for his 2nd place in the WSOP tournament – $4,470,896!

The 24yr old is not just a poker enthusiast. He literally lives in the gaming arena. Among those who would love to see US state laws drawn in favor of poker are people like Beckley whose only time away from the game is possibly when they are asleep. Beckley was quoted after the July poker competition as saying he considers his job the best because he earns from what he loves to do. For this time, however, he was ready to take some time out and enjoy a holiday with friends.

Though playing poker professionally, Beckley has a fall back plan should he stop playing poker. He graduated from Cherokee High School and proceeded to do mechanical engineering at Drexel University. The pursuit for a degree did not, however, deter him from engaging in the game he has loved since he was 16yrs old. Months before graduating with his Mechanical degree, Beckley won his biggest prize money ever – $98,348!

This put his mother’s fears to rest as she knew he was, without a doubt, destined for a serious career in poker. Before then, she would worry about her son getting hooked to the game and not being able to make it in life. As she observed after her son qualified for November Nine, he has a passion that goes beyond the money aspect of the game. And speaking to Poker News around that time, Beckley disclosed that he used to play $1/$2 games with his friends when he started, and those were just home games. And though he soon graduated to $5/$10 games, it was not until August 2014 that he entered any tournament.

However, after this big win, chances are this poker enthusiast is going to concentrate on tournaments and hope to clinch the big win soon and join the list of world poker champions.

All Poker is legal in Beckley’s State

Beckley hails from Marlton, New Jersey. He is lucky that he can play poker whenever he wishes without legal limitations. New Jersey’s poker law is friendly and residents can play online poker as often as they wish. The state of New Jersey is one of the few states that have explicitly made online poker legal. Other US states are either silent on the issue of online poker or outright outlaw it among other online gambling activities.