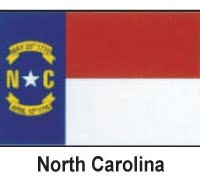 This state is home to two very popular Indian casinos that are run by the Cherokees. These casinos were opened by state authorities under very strong protest that was lead by the Governor’s mansion. This situation was taken to the court where court decided to open the casinos on the Indian land under The Indian Gaming Regulatory Act which was introduced in 1988 to the country. This law was introduced by the federal government to make Indian gambling legal across the nation.

There are two casinos present in North Carolina that are run by the Eastern Band of Cherokee. In the 2012, they offered people live table games that included online poker and dealer less Poker Pro tables that were made by North Carolina-based PokerTek.

North Carolina is flooded with the online cafes all across the state because more and more people opted for playing online poker. There were many illegal places that offered people online poker unofficially because at that time people were crazy for the slot games.

Florida was the first state that designed special mission to shut done the rouge industry but that proven to be the new beginning of online gambling games in the state.

North Carolina lawmakers are surely seeking ways to eliminate sweepstake from the poker industry. Legislators have shown sign that they are interested in making taxes and regulate them for providing gambling legally. In order to increase the complications, approximately $70,000 has been donated by the sweepstakes industry to the lawmakers every year.

That has made many highest ranked people their fan and it is very interesting to see that officials go bat for making online poker legal in the state or work against them, it is hard to say. Even though all the conservatives are from southern side of the state but religious members of the voting committee are also voting against the online poker bill.

You might be wondering what all these things have to do with North Carolina then we must inform you that these are very vital facts that can make significant impact on the online poker legalization process. It seems that North Carolina law is very strict that will not allow online poker to be legalized but things can change according to the situations and that makes interesting to see what future has to offer.

When Will I Get to Play Online Poker in North Carolina?